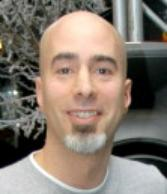 Rafe Gomez of VC Inc. Marketing has been honored by Bulldog Reporter’s Bulldog Stars of PR Awards as the 2017 Best Sole Practitioner of the Year. The Awards, which are presented annually, celebrate the best and brightest in PR/communications agencies and individuals globally.

“I’m extremely grateful to Bulldog Reporter for recognizing our work,” says Gomez, who is also a contributor to CNBC, Entrepreneur, Marketing Profs, CMO, PR Daily, Fox Business News, Startup Mindset, and the New York Daily News. “I’ve been a fan of the company’s news site and its ‘Daily Dog’ newsletter for a long time, so to be chosen as a Bulldog Stars of PR Award winner is pretty exciting.”

After transitioning from a career as a guest music host on QVC and a syndicated mix show DJ on radio stations across America, Gomez got his start as a PR practitioner in 2009 when he launched a media campaign for his career strategy audiobook “What’s In It For ME?”. The title was a top seller on Amazon, iTunes, and Audible and was featured on a variety of broadcast outlets – including MSNBC, Fox News Channel, PBS, NY1, and ABC News Radio.

“Congratulations to Rafe for winning the Best Sole Practitioner Gold Award in this year’s Bulldog Reporter Stars of PR Awards,” said Richard Carufel, Bulldog Reporter editor. “His firm demonstrated superb agency positioning, strong client growth and retention, and sensational results for his clients over the past year, and he has become a real industry mover and shaker in public relations.”

Dr. Steven Stanley selected as Top Researcher of the Decade by the International Association of Top Professionals (IAOTP)

Judge Arthur Burnett Sr. selected as Top Judge of the Decade by the International Association of Top Professionals (IAOTP)