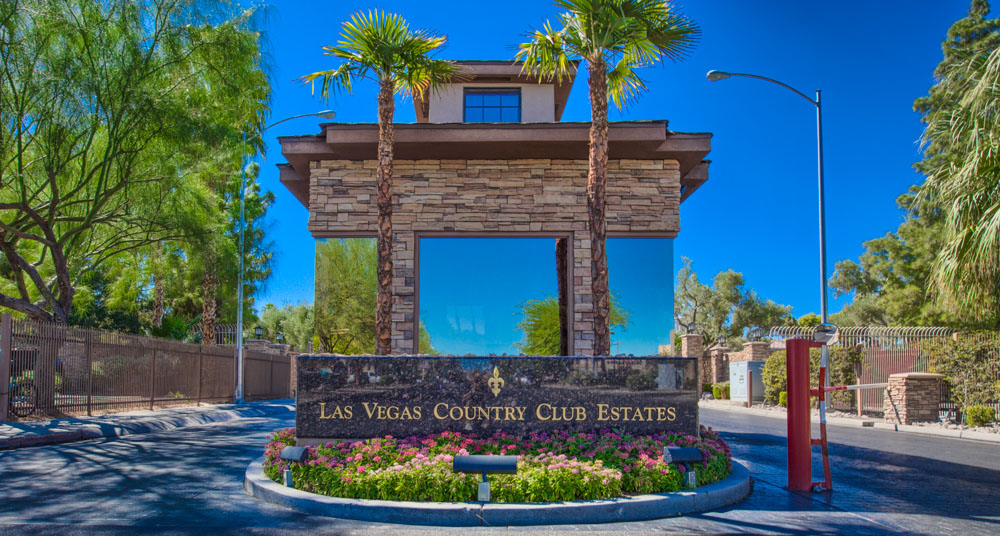 LAS VEGAS, September 4, 2018 – The huge growth and popularity of gated communities in the 2000s can best be seen in data presented on Cornerstone Community Management, which states that the results of the US Census Bureau's American Housing Survey from 2009 have shown that gated community homes accounted for 8.4% of total American homes at the time. This clearly shows an outstanding 3.4% increase since 2001, when gated community homes equaled to 5% of total American housing units. These numbers still continue to rise and, since the demand for gated community homes isn't getting any lower, we can expect huge increases in the following decade as well. A perfect example can be seen in the #1 USA real estate market, Las Vegas, as guard gated communities such as Anthem Country Club are recording record sales numbers.

According to “Fortress America,” a piece written by Edward J. Blakely and Mary Gail Snyder, the number of guard gated communities in America began to rise in the 1980s, a decade that saw a large economic and social change. While in the past gated communities were too exclusive and only available to the wealthy members of the society, today's market features plenty of more affordable housing options in such neighborhoods. With the rise of gated communities throughout the years, these neighborhoods have become more accessible to mid-class families who sought safety and security.

The same source tells us that over three million American households actively looked for a gated community home in this period of time. By the mid-90s, gated communities became common and ordinary. They were no longer considered to be a shelter for the rich only, as many households with average income began moving into gated neighborhoods. In the year of 1997, there was already an estimate of 20 000 communities, as stated in “Fortress America,” equaling to more than 3 million housing units.

The UN Habitat Chief, Joan Clos, told The Guardian in an exclusive interview that such gated communities represent the segregation of the people. They separate the rich from the poor, making a huge gap in our society that affects other aspects of life. Despite many people sharing this opinion, the demand for gated community real estate properties is still on the rise, mostly because people want what these neighborhoods can offer. Besides the increased security, the majority of guard gated communities in the United States offer a variety of shared amenities such as parks, pools and relevant facilities.

Gated communities provided a safe environment for those who feared or had experienced crime. A great example of a firsthand experience living in gated communities is a story written by Rich Benjamin and published in The New York Times. As stated in the same article, the Census Bureau data from 2009 showed that gated communities had over 10 million housing units at the time. On the other hand, the CIA World Factbook revealed that over 8 million people lived in residencies within guard gated communities in 2004, a number that had significantly increased in the next decade.

William Margita of Urban Nest Realty says “The demand for guard gated communities and security is dictating future master-planned community development.” The reason why people are choosing gated communities more often is because of their extremely low crime rates. Besides safety, other benefits of living in a guard gated community include sharing various amenities with community residents only, having plenty of recreational opportunities, and enjoying planned and regulated maintenance. While some like the idea of the luxury homes gated community lifestyle, others find it convenient and financially profitable. Naturally, there are cons to living in these communities as well, such as the increased costs of the Homeowners Association fees.

Despite the higher maintenance costs, the demand for gated community properties is still rising in the area of Las Vegas, which happens to be the home to a number of different gated communities. According to a conference paper published on Econstor gated communities have formed a brand new niche in the real estate market. This has opened up many great opportunities for community developers and planners to execute their ideas and turn them into profitable successes. An article written by Klaus Frantz for persee.fr reminds us that gated communities as a growing trend in the United States take different shapes, as some of them are independent residencies, while many are part of larger master-planned communities.

Furthermore, even now when the gated communities have become so popular that one no longer has to be rich in order to afford a property in one of these neighborhoods, there are still many insanely high-priced properties on the market. As presented by Forbes, one of the most expensive guard gated communities of our time is Birnam Wood in Southern California, with homes ranging in price from 1.9 million all the way up to 29.95 million dollars. Overall, the demand for guard gated communities continues to rise due to the high demand for security and shared amenities. With the way things are right now, we can expect further growth of gated neighborhoods in the future.