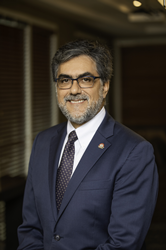 MIAMI Chairman of the Board José María Serrano

“Miami real estate continues to see high demand not only from international buyers, but from consumers around the United States”

Miami mid-market home sales and median prices for all properties increased in February, reflecting demand for local properties, particularly in certain price points, according to the MIAMI Association of Realtors (MIAMI) and the Multiple Listing Service (MLS) system.

Total Home Sales Decrease in February Due in Part to Higher Interest Rates
Uncertainty over mortgage interest rates and the stock market may have impacted Miami-Dade total home sales in February. Total Miami-Dade County sales decreased 3.6 percent year-over-year in February 2019, from 1,804 to 1,739. Lack of inventory in lower price points also contributed to the decline in transactions.

“Miami real estate continues to see high demand not only from international buyers, but from consumers around the United States,” MIAMI Chairman of the Board José María Serrano said. “South Florida is seeing more domestic home buyers than ever before. The new federal tax law, which put a $10,000 cap on state and local tax deductions, is one reason why people are fleeing high-tax states to buy in Florida.”

According to Freddie Mac, the average commitment rate for a 30-year, conventional, fixed-rate mortgage decreased to 4.37 percent in February from 4.46 percent in January. Despite the monthly decline in average commitment rate, many closings in February were impacted by the higher rates because of when the rates were locked in and how long it takes to close. The median number of days between the listing date and closing date for single-family homes was 108 days; 122 for condos.

Nationally, distressed sales accounted for 4 percent of sales, equal to the percentage a year ago, according to NAR.

The median time to contract for condos was 83 days, the same as last year. The median number of days between listing date and closing date decreased 0.8 percent to 122 days.

The national median existing-home price for all housing types in February was $249,500, up 3.6 percent from February 2018 ($240,800). February's price increase marks the 84th straight month of year-over-year gains.

Condominiums comprise a large portion of Miami’s cash purchases as 54.7 percent of condo closings were made in cash in February compared to 22.7 percent of single-family home sales.

Total active listings at the end of February increased 7.0 percent year-over-year, from 22,270 to 23,833. Active listings remain about 60 percent below 2008 levels when sales bottomed.

Nationally, total housing inventory at the end of February increased to 1.63 million, up from 1.59 million existing homes available for sale in January, a 3.2 percent increase from 1.58 million a year ago. Unsold inventory is at a 3.5-month supply at the current sales pace, down from 3.9 months in January but up from 3.4 months in February 2018.