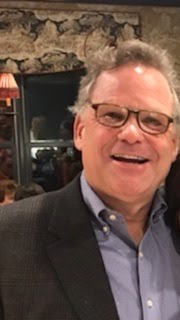 Amazon's monumental growth has changed the retail landscape in the U.S. almost beyond recognition.

HOUSTON, September 18, 2018 – ​​As consumers continue to flock to Amazon, the face of retail in the U.S. is in a constant state of flux. Unable to compete, businesses of all shapes and sizes are failing under immense pressure from the online retail giant. Even big brands are unable to keep up, with Macy's, Sears, and JCPenney each closing around 15 percent of their U.S. stores last year alone. Paul Sternberg, a real estate broker with over 15 years of experience, shares his experience on the matter.

Contrary to popular belief, however, it's not all bad news for retailers according to the Houston-based investor, entrepreneur, and businessman Paul Sternberg, of Houston, Texas. While Amazon was responsible for 44 percent of all U.S. online purchases last year, the company accounted for just 4 percent of total overall retail sales, as reported by One Click Retail, the business intelligence services provider.

“Amazon poses the biggest threat to other online retailers, followed closely by big retail corporations and discount department stores,” says Paul Sternberg. At much less risk, according to the Houston-based entrepreneur, are what he calls 'Amazon-proof' businesses. These are operations on which online retail, and thus Amazon, is unlikely to have an impact. Businesses such as nail and hair salons, and dry cleaners are, says Sternberg, the reason why demand for the commercial real estate will always exist in Houston and elsewhere.

The Houston native also points toward continually evolving consumer mindsets. “While Amazon continues to grow thanks to its ease of ordering and low prices, many consumers in cities such as Houston and indeed across the U.S. are simultaneously looking for more unique buying experiences,” he suggests. “This is another reason why so-called 'big box' stores are also struggling.”

Instead of going online or visiting a department store, Sternberg reveals that a growing number of consumers, particularly in Houston, are making the switch to more local buying habits. According to figures by Statista, the market research and business intelligence portal, over a quarter of Americans now claim to favor local businesses and brands over larger, particularly online, retailers.

“Amazon continues to dominate, as an example, in sales of consumer electronics,” says Sternberg, “which are largely impersonal purchases, made on the basis of reviews or technical information, and, as a result, perfect for online retail.”

Elsewhere, however, where purchases are more personal or impassioned, or where getting 'hands-on' is important, local retail growth is strong according to the businessman. “In cities such as Houston,” he says, “traditional face-to-face retail sales of beauty products, for example, are predicted to increase by upwards of 30 percent over the next five years.”

As an experienced investor, entrepreneur, and businessman, Sternberg believes that retail strip malls are the perfect location for these and similar businesses, highlighting how changing public shopping habits are once again driving up the desirability of such premises. In fact, real estate experts now anticipate that retail strip malls could prove to be among the most lucrative property investments of the decade.

“It's with this in mind,” adds Sternberg, wrapping up, “that I remain confident about the commercial real estate market both in Houston and elsewhere in the U.S. and will continue to invest accordingly.”