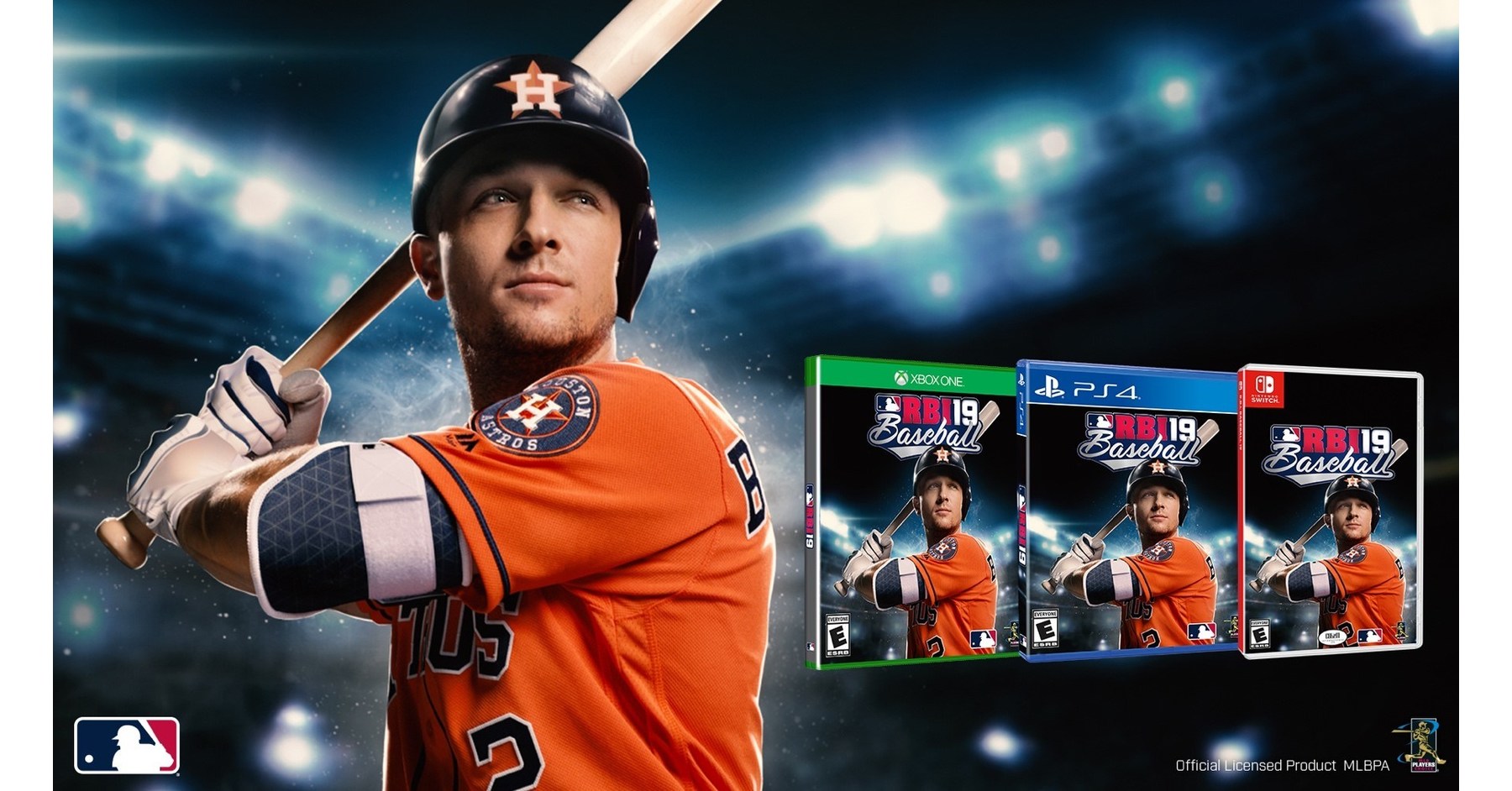 In Bregman's first two-plus MLB seasons, he has firmly established himself as one of the game's most dynamic all-around players and brightest young stars. A native of New Mexico, where the legendary unassisted triple play took place in his first-ever t-ball game, Bregman finished 2018 with career best across nearly every offensive category, including home runs (31) and RBI (103). Bregman's selection for the video game's U.S. and global covers makes him the fourth-straight player younger than 25 to be featured by R.B.I. Baseball, joining Francisco Lindor (2018), Corey Seager (2017) and Mookie Betts (2016). The cover athlete for R.B.I. Baseball 19 in Canada will be Toronto Blue Jays infielder Lourdes Gurriel, Jr.

Ahead of its March retail and digital launches, the game currently is available for pre-order via GameStop. In a special pre-order offer, the first 10,000 GameStop customers will receive a free collectible Limited Edition R.B.I. Baseball 19 Copper Baseball Treasure Coin with Bregman featured. Available while supplies last.

Building on its foundation of matching arcade baseball action with an incredible depth of features, R.B.I. Baseball 19 – as developed by the MLB Games & VR team – delivers hundreds of new animations, updated player models, official MLB uniforms for every team, additional gear and equipment options, improved ball physics and amplified ballpark environments. Each feature and functionality added to the game improves the fan experience, bringing them closer to the game of baseball in new ways, while remaining true to the franchise's core identity principles loved by millions –easy-to-use controls for fast-paced and fun gameplay.

Among the features* fans will see in 2019 will be:

R.B.I. Baseball 19 is officially licensed by MLB and MLBPA. It will be available for the PlayStation®4 computer entertainment system, the Xbox One family of devices including Xbox One X, the Nintendo Switch™ system, iPhone, iPad, supported Android smartphones and tablets. The game will retail for $29.99 (U.S.) on consoles and $6.99 (U.S.) on smartphones and tablets. Launch dates for each platform will be announced when available.

OFFICIALLY LICENSED PRODUCT OF MLBPA
MLBPA trademarks and copyrighted works, including the MLBPA logo, and other intellectual property rights are owned and/or held by MLBPA and may not be used without MLBPA's written consent. Visit MLBPLAYERS.com. All other trademarks are the property of their respective owners.