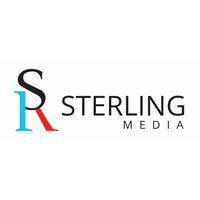 Sterling Media CEO and Global strategist, Natasha Mudhar included in Management Today’s list as one of the UK’s top young businesswomen to watch.

LONDON , UNITED KINGDOM , May 27, 2019 /EINPresswire.com/ — With the subject of diversity and the importance of females in the business world continuing to be one of the most widely-discussed, critiqued and campaigned subjects of the year so far, Management Today’s ’35 under 35 list’ has put the spotlight on women who have bucked the trends in what is still a male-dominated industry.
From entrepreneurs to directors and CEO’s, the list highlights some of the UK’s most talented and dedicated women who have made a big impact in their respective industries which has in the past included icons such as Stella McCartney, Elisabeth Murdoch, and Martha Lane Fox. Their impact and legacies in their fields of work are still relevant today as women continue to grow in influence across all business platforms.

Global communications and business consultant Sterling Media’s very own Global CEO, Natasha Mudhar, has cemented herself as one of these pioneering women by making it onto this year’s list, having been the spearhead for many hero campaigns which have sought to raise awareness, bring about change, encourage diversity and openness as well as raise the profile of brands in India and the Middle East.

Since being at the helm of the company, her continued drive, brand strategy expertise, and forward-thinking has emphasised why she belongs on the much-coveted list. In 2016, she and Sterling Media were part of the core team for Richard Curtis’s Project Everyone in which Natasha helped launch the global campaign #WhatIReallyReallyWant to raise awareness of female inequality, gaining up to 150 million views. That same year, Natasha also played a key role in successfully launching the ‘World’s Largest Lesson’, a campaign to introduce global goals to children and young people, in India.

This year alone, Sterling Media has been a leader for innovative, instrumental and dedicated brand strategy content that aims at bringing brands closer to their purpose in more meaningful ways through their online marketing strategies. This has included several corporate, celebrity, charities, countries and government clients, for whom business consultant Sterling Media has led the way in making communication campaigns that have an ever-lasting impact.

Despite its success, there has been no looking back for Natasha, who has continued to bring further success to the company, its clients and to encouraging greater equality and awareness on a number of subjects. Earlier this year Sterling Media was approached to formulate the global communications campaign for the Commonwealth Business Forum with the aim of elevating international interest by directly engaging media within major Commonwealth countries such as India, Malaysia, Australia, Canada, and the Caribbean. This was to establish relationships with key media, generate interest and raise awareness around the event, which took place alongside the Commonwealth Heads of Government Meeting in London.

Natasha was also chair for the Business of Sport and Entertainment round-table at the Commonwealth Business Forum. Her entrepreneurial insight, instinct and brand strategy expertise proved vital in a discussion with business leaders on how they can take advantage of new revenue streams, channels of communication, marketing, and advertising, distribution and a number of partnerships. She emphasised how sports and entertainment industries need to be more aware and active in trying to achieve its purpose. She also spoke on how the influence of film and entertainment can create social change, using influencer marketing which won her the admiration and plaudits of the attendees.

In addition to this, Sterling Media was also the driving force behind the ‘Niine Movement’, which is focused on ending the taboos associated with periods and menstruation in India by educating all genders on the topic and promoting menstrual hygiene practice and awareness. This has so far been a success, with the country developing a greater acknowledgment of menstruation and, along with the support of Bollywood star Akshay Kumar, has gathered greater momentum as people come closer together to bring about an end to what is a national issue.

This was on the back of Bollywood movie ‘Pad Man’, starring Akshay, which was based on the menstruation taboo, and has since been used to highlight the Niine Movement’s cause even further.

Building on this success, the company has been recognised for its achievements to the PR marketing field by winning the ‘PR Firm of the Year’ award at this year’s annual UK-India Awards, establishing itself as a leading communicator for the two countries.
With plenty of 2018 still to go, Natasha has no plans to stop there. She is currently working on a number of projects which could elevate business consultant Sterling Media to the global platform. Although there is still a lot of work to be done in encouraging greater diversity, Natasha and Sterling Media’s success has shown that the future is looking very bright for achieving this goal.