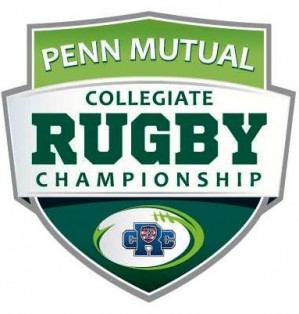 Game-day MEDIA Credentials for print-online-radio-television are still available for the 2019 Penn Mutual Collegiate Rugby Championship, to be conducted Friday, May 31, Saturday, June 1 and Sunday, June 2 at Talen Energy Stadium in Chester, Pa.

Media members may contact Jim DeLorenzo by phone at (215) 266-5943 or by e-mail at [email protected] with requests for interviews, photo and video opportunities, as well as media credentials.

A limited number of complimentary parking passes are available upon request.

Credentials and additional information are available for pick-up at the Philadelphia 201 Hotel (formerly the Sheraton Philadelphia Downtown Hotel) at 201 N 17th St, Philadelphia, PA 19103 on the following dates and times:

·        The three-day rugby festival is one of the largest gatherings of collegiate and high school rugby teams in the world, with over 30,000 fans anticipated to be in attendance.

·        This is the ninth consecutive year that the event has been held in Philadelphia and at Talen Energy Stadium. (The first year of the event was held in Columbus, Ohio.)

·        Penn Mutual is in the fifth year of a title sponsorship for the event.

·        The Penn Mutual Collegiate Rugby Championship trophy, the Pete Dawkins Trophy, is named after the All-American football standout at West Point who won the Heisman Trophy in 1958.  Army General Pete Dawkins was a Rhodes Scholar and attended Oxford, where he used his outstanding football skills to make him a star on the Oxford Varsity rugby team, revolutionizing the game in the process.

·        The men’s most valuable player will receive the Mark Dombroski Most Valuable Player Trophy, named in honor of the late Saint Joseph’s rugby player who passed away in March 2018

·        Competition in the 2019 Penn Mutual Collegiate Rugby Championship will be carried live on ESPN2, ESPNEWS and ESPN.

·        While the featured attractions this weekend are the top 24 men’s and top 16 women’s college rugby 7s teams in the United States, the cream of the crop of the nation’s top high school and club rugby 7s squads have been invited to Philadelphia this weekend. The states represented in this year’s high school and club tournament field include Connecticut; Maryland; Pennsylvania; Texas and Virginia.

·        Dunkin’ of Greater Philadelphia returns for the second consecutive year as the presenting sponsor of the Collegiate Rugby Festival Powered by Dunkin’ on the grounds outside suburban Philly’s Talen Energy Stadium.

Dunkin’s presenting sponsorship features the second annual “Munchkin Rugby” coaching and demonstration area, featuring instruction for children in the sport of rugby by Rugby PA.  This year, there will be multiple rugby matches in the “blow-up” stadium on the festival grounds.  The championship match will take place Saturday, June 1 at 12 Noon on the field in Talen Energy Stadium, as the two children’s teams will be competing for the first Munchkin Rugby Championship. Also, all the children participating in Munchkin Rugby will be receiving branded t-shirts courtesy of Dunkin’.