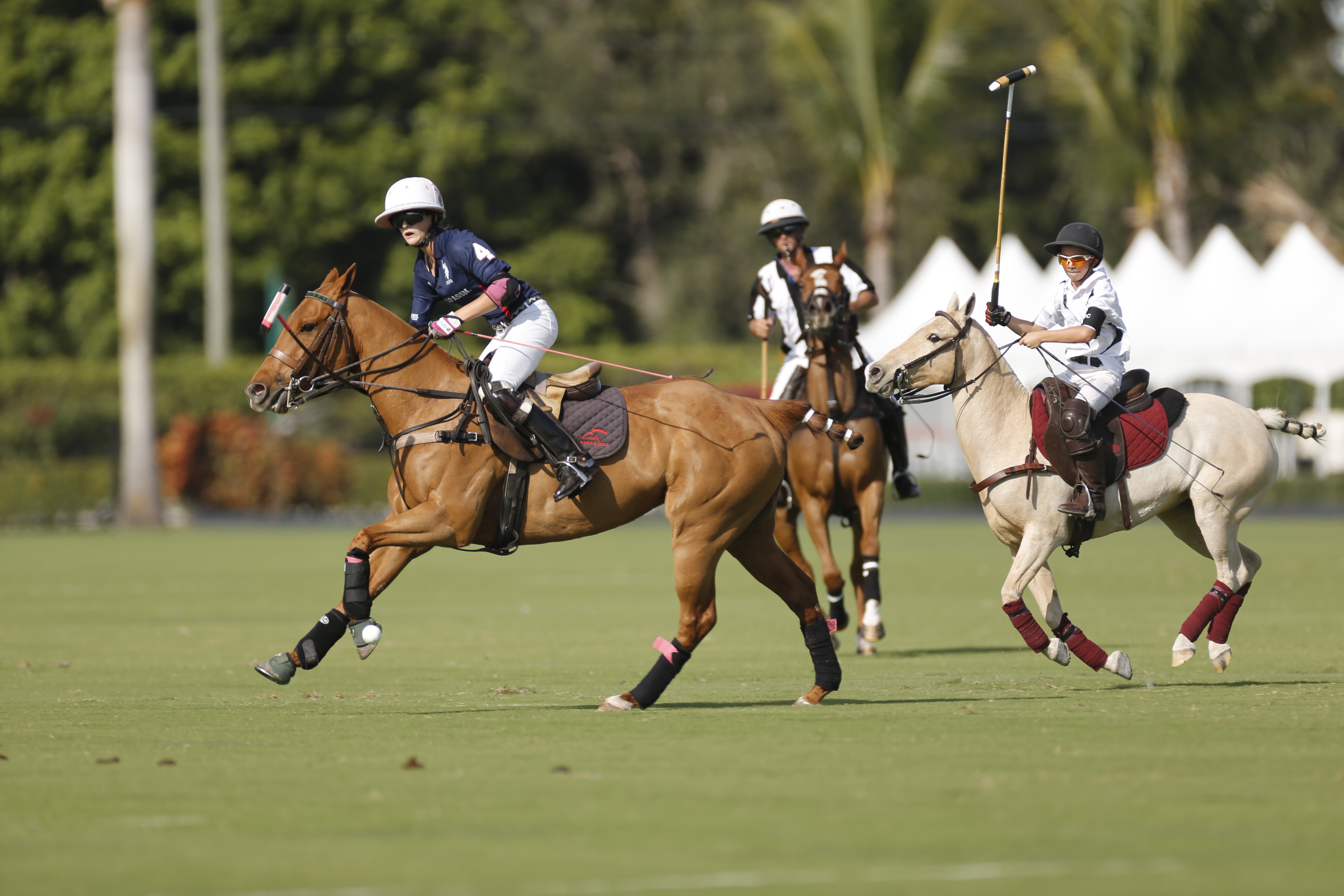 WEST PALM BEACH, Fla., March 8, 2019 – U.S. Polo Assn., the official licensed brand for the United States Polo Association (USPA), is thrilled to welcome the newest member of its growing roster of global brand ambassadors, polo player, Hope Arellano. The rising 15-year-old star, who plays competitively with men and women, is a shining example of the next generation of polo players blazing a trail around the world.

Born in Wellington, Florida, Arellano spends spring and fall each year in Aiken, South Carolina, where her family owns a horse farm. Clearly, riding is an Arellano obsession. Her father is a professional polo player, her mother played while she was pregnant with Hope, and she and her two older brothers started riding at a very young age. By age six, Hope was swinging a mallet. “My favorite thing about polo is the horses,” she said. “But I also love that polo is an extended family. Wherever you go, you’re welcomed.”

Despite her youth, Arellano is already racking up a slew of accomplishments, including becoming the youngest winner ever at the 2017 U.S. Open Women’s Polo Championship at the Houston Polo Club, being named Most Valuable Player at The Women’s Tournament at The Villages Polo Club in The Villages, Florida and winning the 12-goal USPA Pete Bostwick Memorial tournament with her two brothers and father.

The scope of Arellano’s year-long role as a global brand ambassador is broad and is designed to boost awareness of the sport of polo among young women like herself. She’ll be outfitted in U.S. Polo Assn. gear both on and off the field, will post regularly about her polo-related and other daily activities on social media, and will fully engage in media requests for interviews and campaigns.

In addition, Arellano will be featured in a “Women In Polo” digital and television show, a partnership between U.S. Polo Assn. and Palm Beach County. The 30-minute, behind-the-scenes show is slated to air in prime-locations such as Palm Beach County hotel rooms and on the TVG network on Labor Day. “I’m really looking forward to this global brand ambassadorship,” Hope said. “When I got the call, I was so excited.”

“We are honored to announce Hope as our newest global brand ambassador on International Women’s Day, which is such an important day for women globally. Hope represents the future both on and off the field,” said J. Michael Prince, President and CEO of USPA Global Licensing. “Her compassion, drive, energy, enthusiasm and commitment to excellence is an inspiration to polo players, sports fans and consumers around the world.”

U.S. Polo Assn. is the official brand of the United States Polo Association (USPA), the nonprofit governing body for the sport of polo in the United States founded in 1890, making it one of the oldest sports governing bodies. With a global footprint of $1.7B and worldwide distribution through 1,075 U.S. Polo Assn. stores, department stores, independent retailers and e-commerce, U.S. Polo Assn. offers apparel for men, women and children, as well as accessories, footwear, travel and home goods in 166 countries worldwide.

USPA Global Licensing Inc. (USPAGL) is the for-profit subsidiary of the USPA and the exclusive worldwide licensor for the USPA’s global licensing program. USPAGL is the steward of the USPA’s intellectual properties, providing the sport with a long-term source of revenue. Additionally, USPAGL also produces global broadcasts to bring the sport of polo to consumers and sports fans around the world including the GAUNTLET OF POLO, the sport’s new high-goal prize money series.