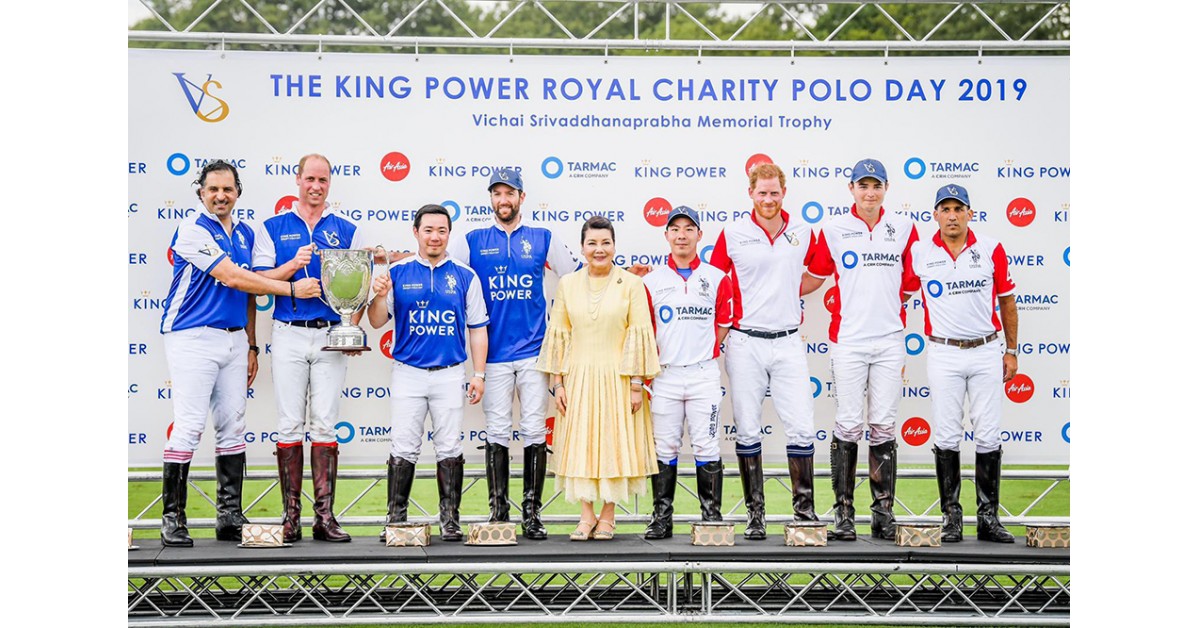 WEST PALM BEACH, Fla., July 10, 2019 – U.S. Polo Assn., the official brand of the United States Polo Association (USPA), in conjunction with its licensing partners, Brand Machine (United Kingdom) and BVC (Thailand), announced it will serve as official apparel sponsor for the King Power Royal Charity Polo Day. Scheduled to be held at Billingbear Polo Club in Wokingham, United Kingdom, on July 10, 2019, the day will include a match featuring The Duke of Cambridge and The Duke of Sussex.

“We are extraordinarily honored to serve as official apparel sponsor for this important charitable event benefiting so many worthwhile organizations close to the hearts of The Duke of Cambridge and The Duke of Sussex,” said J. Michael Prince, USPAGL President and CEO, who globally manages the multibillion-dollar U.S. Polo Assn. brand. “King Power is also a very important strategic partner for us, and to be able to support The King Power Royal Charity Polo Day is in full alignment with U.S. Polo Assn.’s core values of supporting the sport of polo around the world while also supporting important partners and causes through polo events.”

In support of King Power Royal Charity Polo Day, U.S. Polo Assn. has created custom designed performance jerseys for all polo players and umpires, while also providing sport-inspired polo shirts for all event staff. In addition, U.S. Polo Assn. will have a “pop-up” shop with an apparel capsule collection specifically selected just for the event. The capsule collection will provide patrons of the event the opportunity to show further support of the King Power Royal Charity Polo Day with a large portion of the proceeds going to the benefiting charities.

U.S. Polo Assn. is the official brand of the United States Polo Association (USPA), the nonprofit governing body for the sport of polo in the United States founded in 1890, making it one of the oldest sports governing bodies. With a global footprint of $1.7 billion and worldwide distribution through 1,100 U.S. Polo Assn. retail stores, department stores, independent retailers and e-commerce, U.S. Polo Assn. offers apparel for men, women and children, as well as accessories, footwear, travel and home goods in 166 countries worldwide.

USPA Global Licensing Inc. (USPAGL) is the for-profit subsidiary of the USPA and the exclusive worldwide licensor for the USPA’s global licensing program. USPAGL is the steward of the USPA’s intellectual properties, providing the sport with a long-term source of revenue. USPAGL also produces global broadcasts to bring the sport of polo to consumers and sports fans around the world including the GAUNTLET OF POLO®, the sport’s new high-goal $1 million prize money series played on the U.S. Polo Assn. Field.

The Brand Machine Group houses a diverse and industry-leading portfolio of fashion and sports brands, including U.S. Polo Assn., across clothing and accessories with over 35 years of experience. A global licensing specialist, partnering with recognized market leaders managing a seamless and collaborative process of designing, manufacturing and delivering quality product whilst championing the DNA of our brands.

BVC International Company Limited is one of the leading fashion retail businesses in Thailand, founded by Mr. Boonnam Boonnamsap who has dedicated more than 50 years to establishing and directing many well-known companies and factories in Asia, including Luthai Factory, one of the biggest global manufacturers in China. From production to retail, BVC International Company Limited runs businesses for many licensed fashion-brands from various countries in the world, such as U.S. Polo Assn., the official brand of the United States Polo Association and strategically works with key retail partners such as King Power.