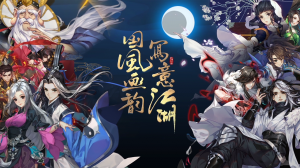 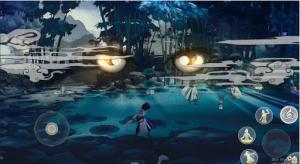 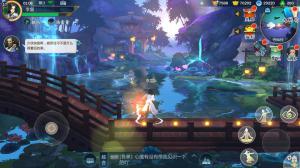 Developed over four years, The Empyrean designed by Kris Kwok is very much like its PC predecessor in that it is heavily focused on historical martial arts, specifically from the Tang Dynasty. Jie Chen, Director of Engineering of Seasun Games has stated that the developers are “committed to being the purest Chinese martial arts game.” The dedication to the traditional is made apparent in the game’s graphics which have been inspired by the very artwork from the Tang Dynasty. Using traditional Chinese brushwork art as its inspiration, The Empyrean uses NextGen graphics to produce some seriously beautiful moments that one would expect to see in the PC version but may otherwise be unexpected for a mobile title.

A true and immersive MMO experience on mobile

As an immersive MMO, The Empyrean features a realistic day/night loop and environmental interactions called “sensory simulations”. In order to keep the mobile adaptation as immersive as the original, Seasun Games has incorporated the same dynamic environmental effects into Eastward Legends: The Empyrean. Weather will play a part in player’s actions such as having to find shelter from the rain in order to build a fire or NPCs using umbrellas when a deluge occurs. The full effects of weather and environment span 80 stunning hand-painted scenes, as well as the unique parallel world that is a treasure trove of hidden details from past and present known as “Mind Mode”. Entering Mind Mode is purely left to choice as you’ll be able to toggle the mode whenever you wish to enter the mind-melding universe.

To give another sense of belonging to the world, The Empyrean features the same social culture that many have grown to love in JX3. Just like the original PC version, guilds and martial arts groups will be able to form and players can find others to interact with to create their own meaningful relationships within the game.

Eastward Legends: The Empyrean is now available for players in China and brings with it a fresh and polished take on JX3 on mobile. With a dynamic environment, beautifully rendered graphics which take inspiration from the traditional era of the game’s story and social features that will let players interact in ways typically only found on PC MMOs, The Empyrean is a true reimagination of JX3 for mobile.