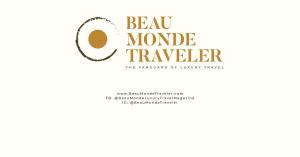 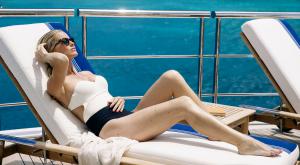 Beau Monde Traveler shares insights, reviews and recommendations on luxury travel experiences for the affluent traveler. BeauMondeTraveler.com launched at events that took place during the 72nd Cannes Film Festival with the first digital and print magazine set to publish in July. The magazine is oversized in format and will be distributed internationally at retailers as well as in airline lounges, exclusive member clubs, at special events as well as by subscription.

“The bi-monthly print and digital magazine as well as web publication seeks to become the penultimate destination where today’s affluent traveler goes to learn, explore and plan their next lavish vacation experience,” said Hailey Cromwell, Global Editor for the publication. “It was only appropriate to launch Beau Monde Traveler at the most glamorous event in the world, The Cannes Film Festival. We are providing a new resource with engaging editorial and video content to inspire the jet-setting crowd where to go next.”

Launching BeauMondeTraveler.com at Cannes Film Festival allowed the new media platform to partner with celebrities and offering bespoke four-day vacations so they can experience the types of holidays showcased in the publication. It was also one of the featured brands in the exclusive celebrity gifting lounge hosted by Nathalie Dubois of DPA Events that took place in the InterContinental Carlton Cannes.

Famed comedic actor Bill Murray was provided a trip to one of Tuscany’s finest resorts, Castello Banfi Ill Borgo while director Jim Jarmusch, who directed The Dead Don’t Die which stars Bill Murray and opened the film festival, was provided a luxury stay to the Mount Lofty House and their newly opened Sequoia Villas located in Adelaide Hills Australia. Actress Nadine Labaki, enjoyed a four-day tropical island getaway in an uber exclusive villa at Montigo Resort Nongsa in Batam Indonesia. French actor, Franck Dubosc will take his holiday in Spain along the azure waters of the Mediterranean and the costa brava at the five-star grand dame beach resort, La Gavina.

“Beau Monde Traveler reimagined how we learn about travel and where to go next. Yesteryear’s stagnant websites and magazines are not enough. Today’s travelers yearn for more” shared Cromwell. “We integrate compelling editorial, images, as well as engaging video. Beyond the website, the digital magazine will have a state-of-the-art viewing platform with animated and interactive content.”

Each of the bi-monthly issues of the publication will include a special feature such as wine-centric travel, spa travel, cruise travel along with two featured destination such as the first issue which highlights travel to South Africa and Crete. The magazine as well as the website has additional areas of focus such as volunteer and eco travel as well as culinary experiences, exclusive events and culture. Luxury hotels and destinations wishing to be featured in Beau Monde Traveler should contact the company to request coverage.