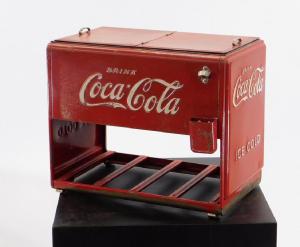 Circa 1939 Coca-Cola salesman’s sample ice chest cooler in the original paint, including advertising booklets; displays very well and is in all-original condition (est. $1,000-$1,500). 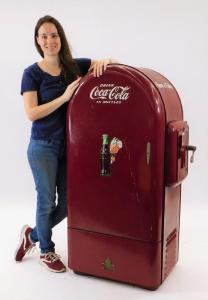 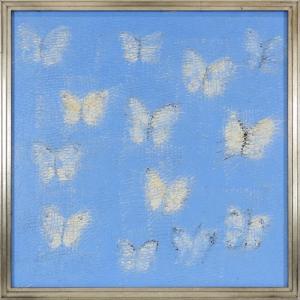 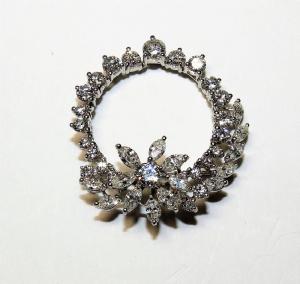 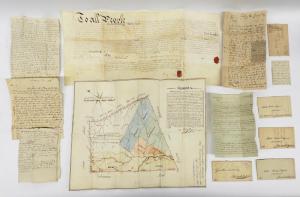 Coca-Cola is Mr. Buteau’s specialty. One lot that should draw bidder interest is a circa 1939 Coca-Cola salesman’s sample ice chest cooler in the original paint

I’ve known Russell since my first job working at a local auction house when I was 13 years old. I’ve watched my father and him buy advertising signs together. It’s an honor to handle his collection.”

“I’ve known Russell since my first job working at a local auction house when I was 13 years old,” said Travis Landry, a Bruneau & Co. specialist and auctioneer. “I’ve watched my father and him buy advertising signs together. He even lives in the town where my dad is police chief. He’s been around me for as long as I’ve been in antiques. It’s an honor to handle his collection.”

Coca-Cola is Mr. Buteau’s specialty. One lot that should draw intense bidder interest is a circa 1939 Coca-Cola salesman’s sample ice chest cooler in the original paint, including advertising booklets. The metal chest, 9 ¾ inches tall and 12 ¼ inches by 7 ¼ inches, displays very well and is in all-original condition, with just some light paint wear. The lot should realize $1,000-$1,500.

Also from the collection is a 20th century Jacobs model JSC-160 Coca-Cola vending machine, red, made of metal and 54 ½ inches tall by 31 inches wide and 19 inches deep. The machine shows an old restored surface and there are scratches and surface wear commensurate with the age of the piece. It’s untested but is in overall good condition and should command $600-$900.

The first 136 lots of the 405-lot auction will be dedicated entirely to Mr. Buteau’s collection, an astounding assemblage of vintage soda fountain items including Coca-Cola machines, coolers from many brands, over a dozen advertising clocks, several tin, porcelain and paper advertising signs, and rare Coca-Cola and other brand gum and novelties. But there’s much more in the sale.

The auction also features a large selection of European furniture, art glass, porcelains, Asian objects and original art by artists such as Hunt Slonem and Charles Henry Gifford. “This catalog holds many surprises,” said company president Kevin Bruneau. “The Daniel Sturges map is truly one of a kind, and with records of maps by him fetching up to $80,000, who knows what a hand-drawn one will bring. The Chinese robin’s egg vase should also drive collector bidding as well.”

The map Bruneau referred to is a rare, hand-drawn and colored map of the Georgia territories by Daniel Sturges dated 1808 and executed for a client, Bohl Bohlers (est. $4,000-$6,000). Included is the original 63,000-acre land deed issued to Mr. Bohlers in 1775, plus more than ten letters of correspondence, including one that appears to be from Sturges’s friend Andrew Jackson before he was president. The map, 16 ¾ inches by 21 ¼ inches, is in a remarkable state of preservation.

The fine Chinese Qing dynasty robin’s egg blue vase, 12 ¾ inches tall, is potted bulbous baluster form with corseted quatrefoil neck and rim with archaic handles and finished in a mottled robin’s egg blue glaze on a finely ground foot. The high-quality piece of porcelain bears a Qing dynasty mark to the underside and has been drilled, showing only minor kiln pitting (est. $2,000-$3,000).

Two lots carrying identical estimates of $6,000-$9,000 could well end up being the top two earners of the auction. One is a gorgeous diamond and platinum lady’s wreath brooch, boasting 16 marquise-cut and 24 round-cut diamonds arranged as a wreath and with embellished floral accents. The brooch, about 1 ½ inches by 1 ½ inches, has a total diamond weight of 6.60 carats.

The other is an expressionist painting by Hunt Slonem (N.Y./Me./La., b. 1951), titled White Sulphur and depicting white butterflies over a powder blue background. The work was executed using Slonem’s signature sgraffito technique and is housed in a 40 inch by 40 inch frame. It is artist signed (“Hunt Slonem”), and titled and dated (1988) on verso. In May, Bruneau & Co. sold a similar painting by Slonem, titled Butterfly’s (2003). It was the sale’s top lot, hitting $15,000.

Another lot to watch is the Syrian mother of pearl abalone inlaid Orientalist parlor set from the 19th century (est. $1,500-$2,500). The set includes three chairs and a settee with reticulated carved back splats heavily inlaid with mother of pearl and abalone shell, with floral upholstered seats and intricately inlaid aprons supported by flared legs. The set presents itself beautifully.

Also sold will be an English late 19th or early 20th century set of Copeland Spode plates, finely decorated with a unique exotic bird amongst foliage and insects within a cobalt blue and enameled floral scalloped rim with individualized gilt insects (est. $800-$1,200). Each plate in this magnificent set is 10 inches in diameter and each carries a Copeland mark on the bottom.

Returning to the Buteau collection, following are a few more expected Coke items of interest:

Previews will be held Thursday and Friday, July 11th and 12th, from 9 am to 5 pm Eastern time.

For those unable to attend, Internet bidding will be facilitated by bidLIVE.Bruneauandco.com, LiveAuctioneers.com, Bidsquare.com and Invaluable.com, or by downloading the mobile app “Bruneau & Co.” on iTunes or GooglePlay. Telephone and absentee bids will also be accepted.
Doors will open promptly at 8 am Eastern time on auction day; the first gavel falls at 12 noon.

To learn more about Bruneau & Co. Auctioneers and the July 13th Antiques, Collectibles & Fine Art Auction, please visit www.bruneauandco.com. Updates are posted frequently. To contact the company via e-mail, use [email protected] Or, you can phone them at (401) 533-9980.